Zoë made an Easter wreath!

It took a few more chicks than anticipated (I think the final count is 170, which exhausted the stocks of Poundland Leamington). So maybe use a slightly smaller  hoop than we did, or space your chicks out a bit more.

...and you just push the chicks in to the polystyrene, using the backs of their feet.

It's so adorable, I just brush my cheek against it.

We have blank nests of Easter Eggs in stock, and Amy has been having fun decorating them! 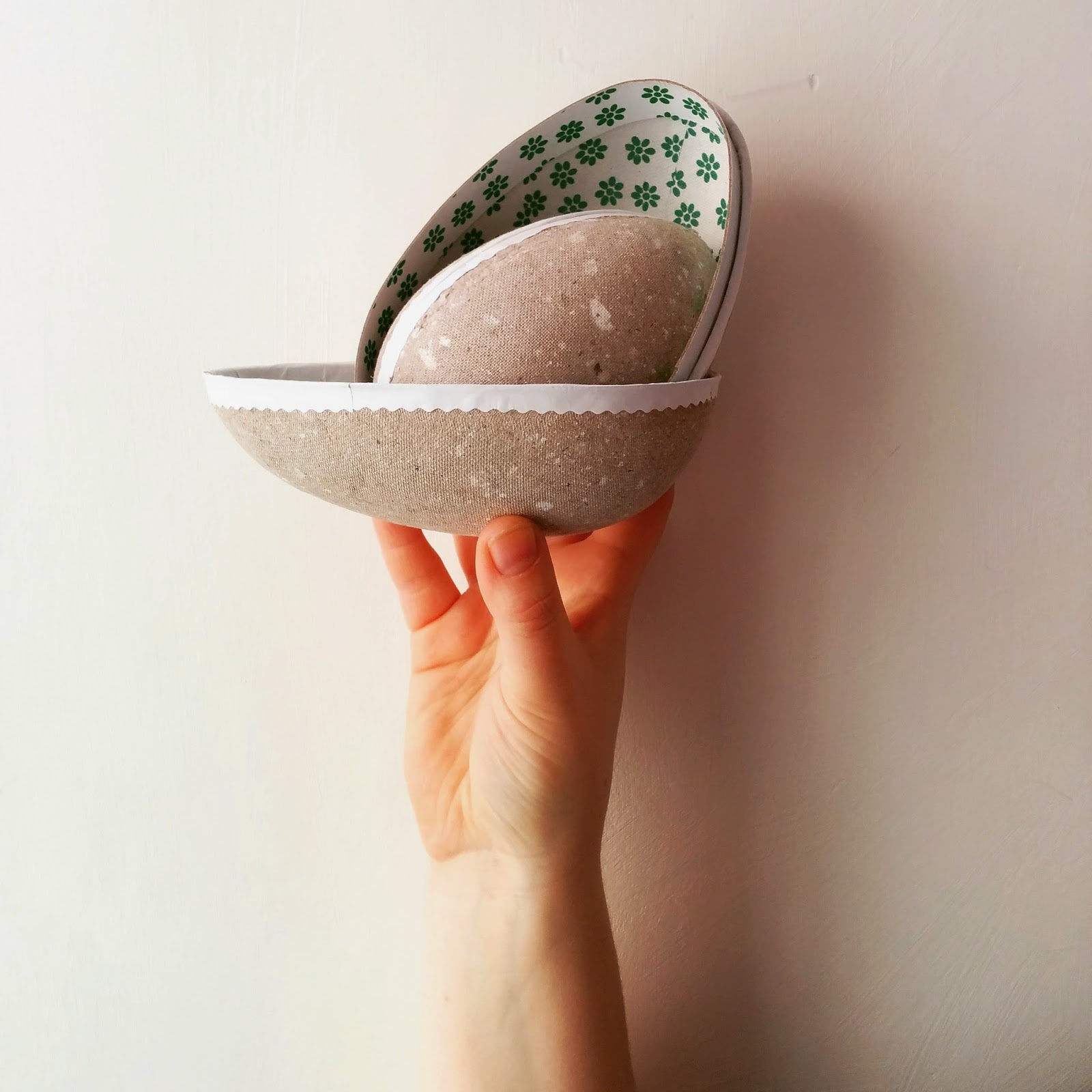 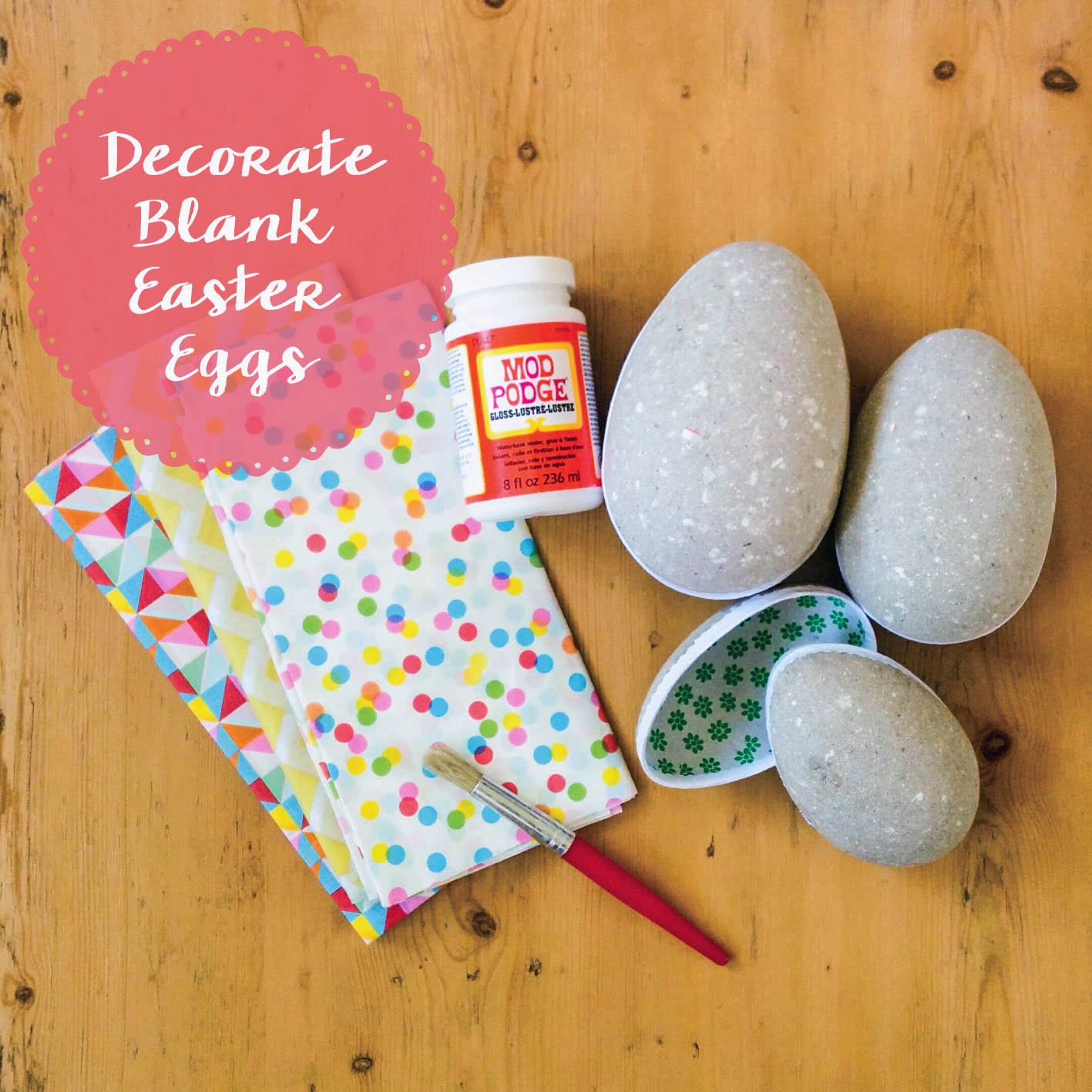 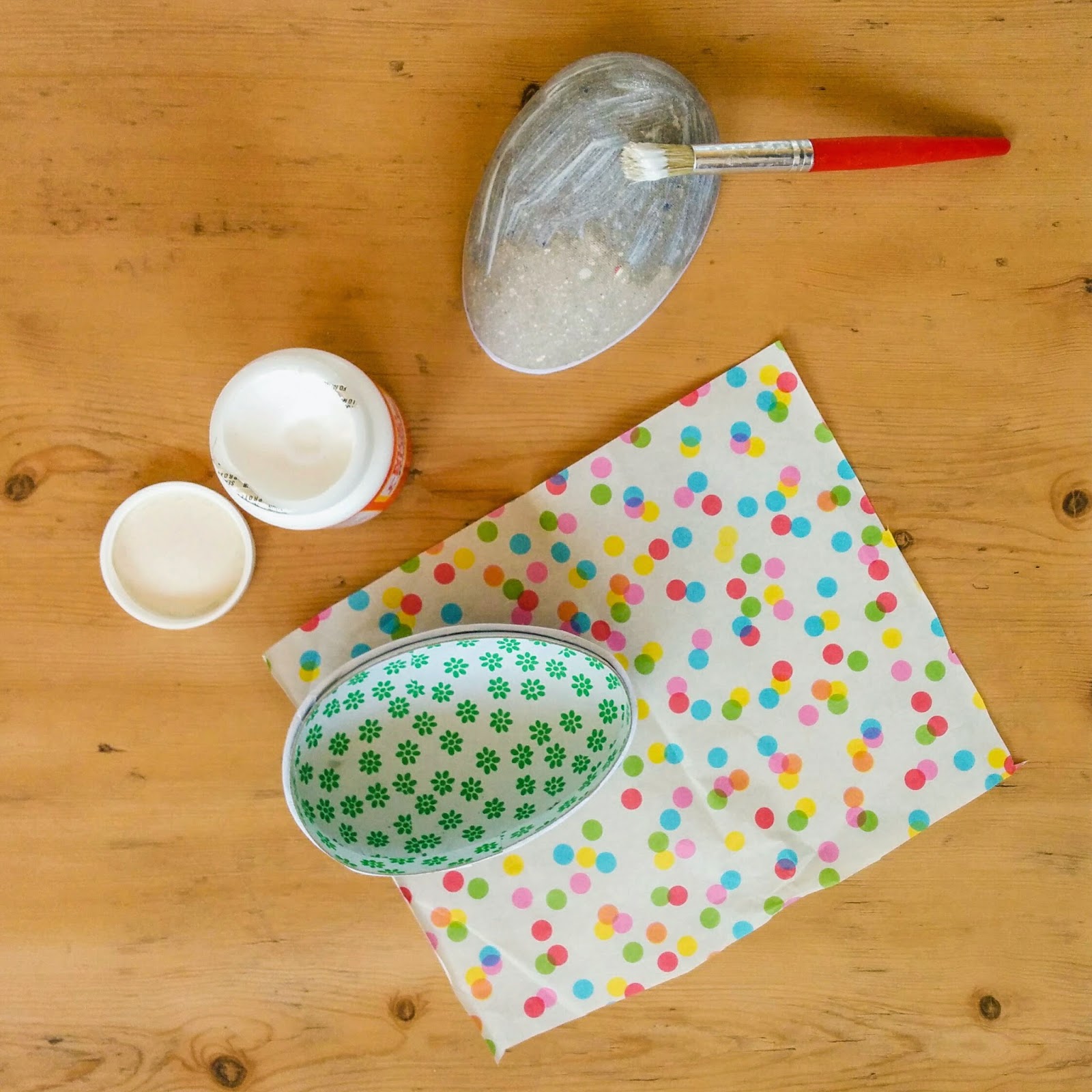 Apply a layer of Mod Podge 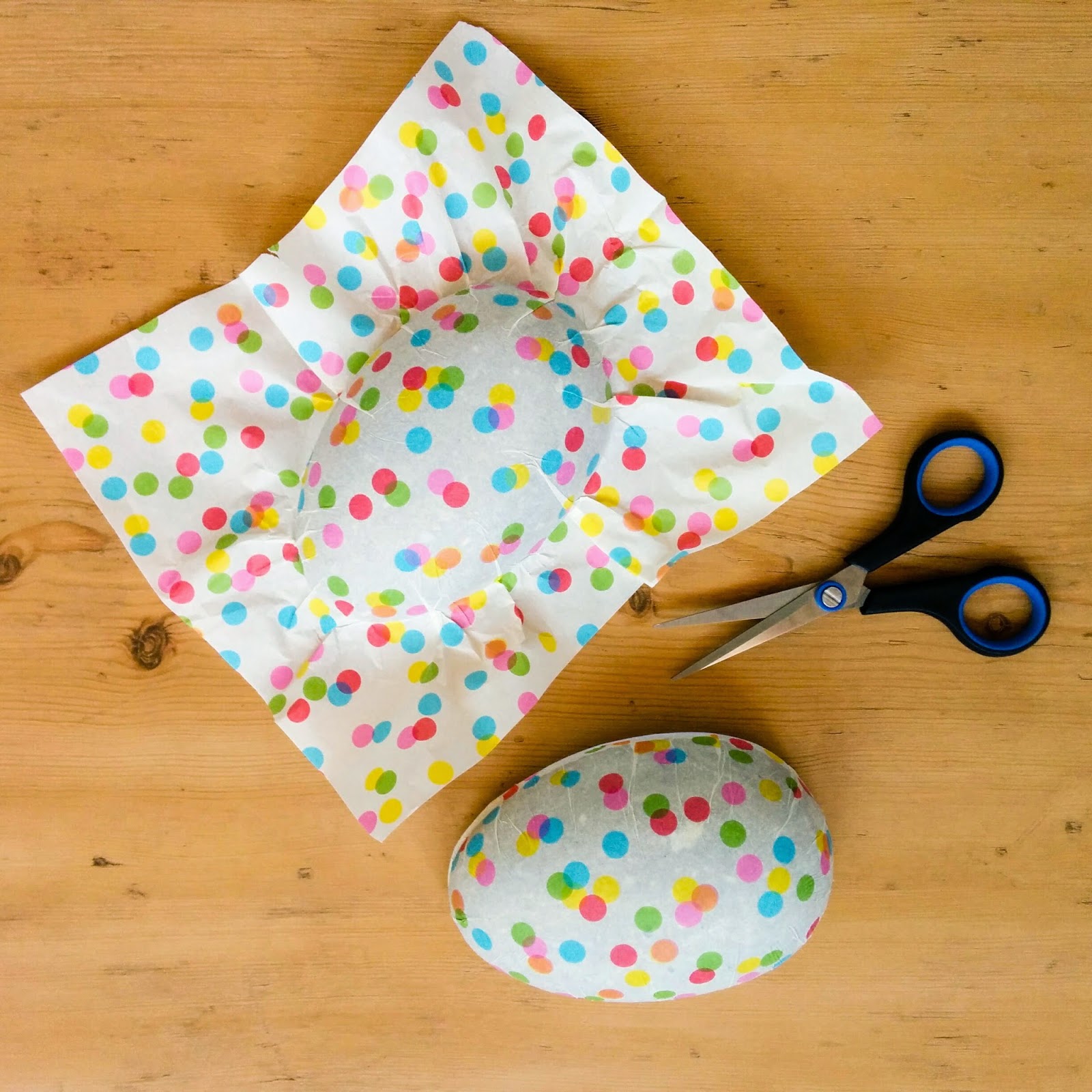 Smooth tissue in to place, trim and apply a top coat of Mod Podge 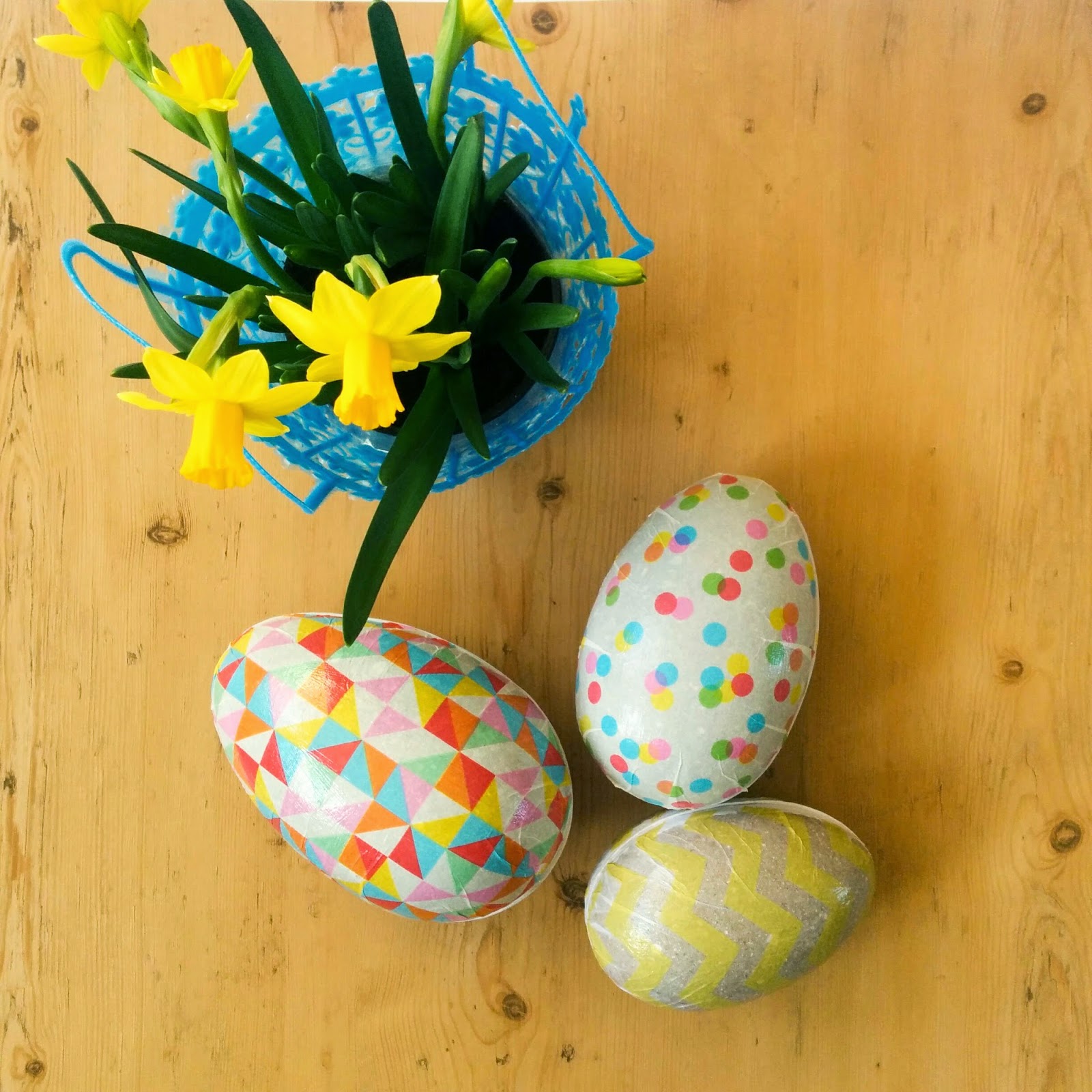 I have Lara to thank for this week's Washi Wednesday; I had grand plans to blow an egg and cover it in Washi, but I liked Lara's idea better. So here it is: 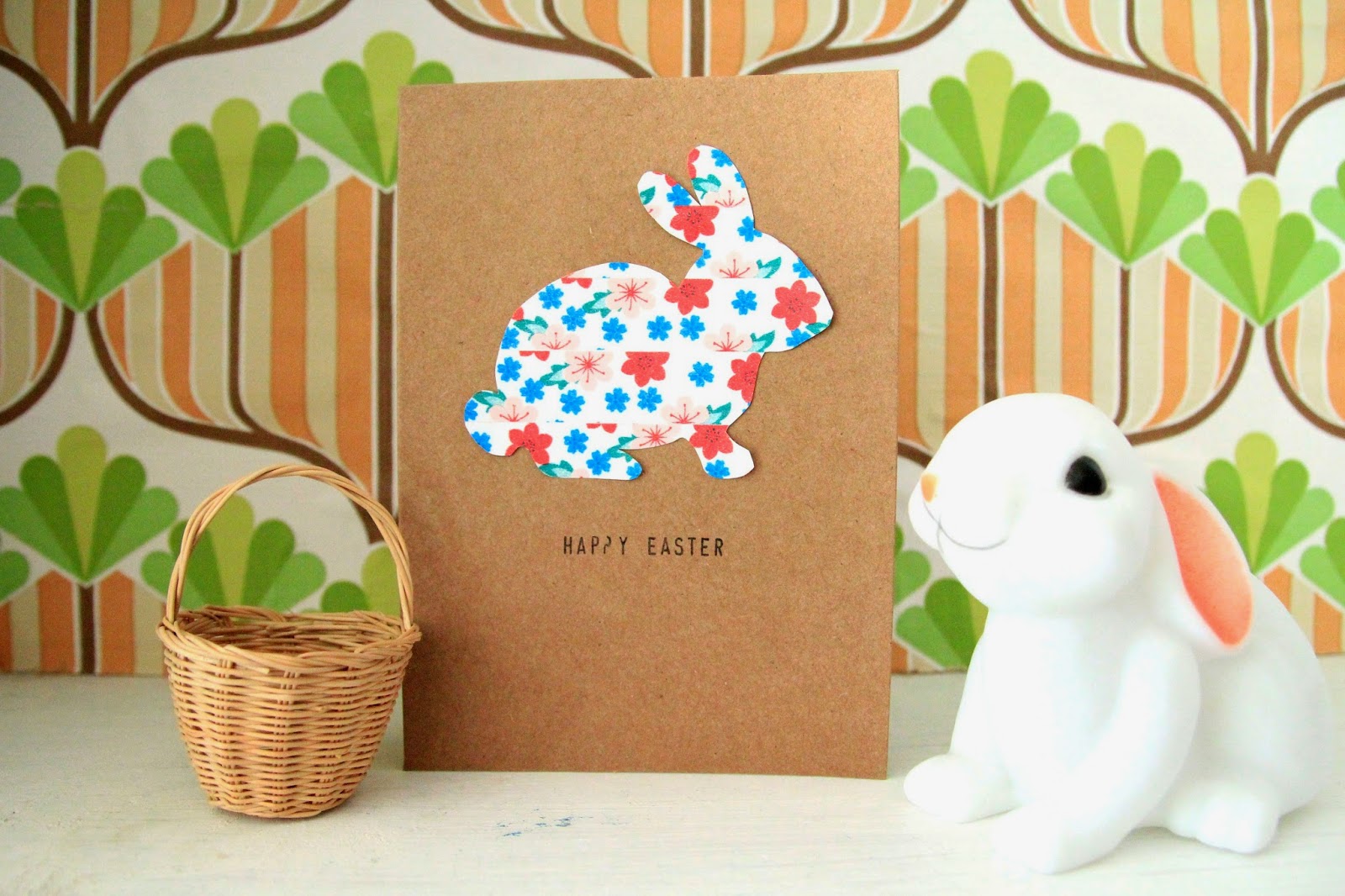 I've had a lovely Easter weekend! On Saturday, we had two crochet workshops with Denise, one for spring-like flowers, the other for granny squares. 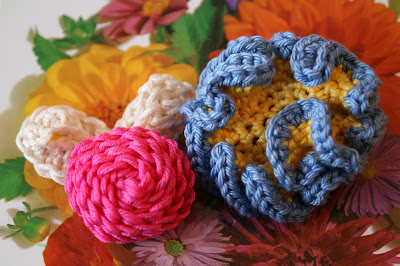 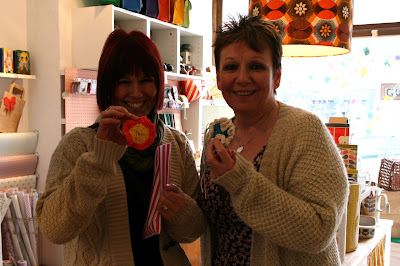 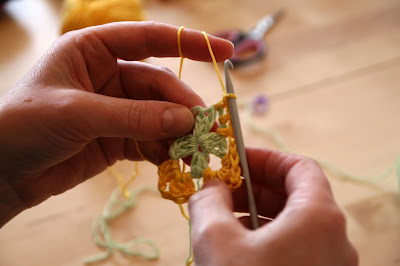 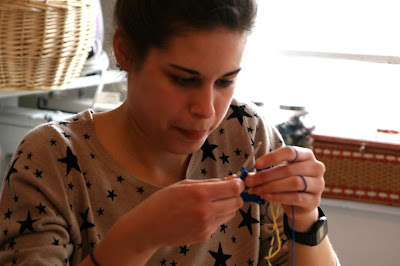 Getting there...
On Easter Sunday I played hostess and cooked roast beef for some of my favourite people in my new house. We stuffed ourselves stupid (Amy made us two massive and delicious desserts), drank and played with play-dough. I can...
Emily
END_OF_DOCUMENT_TOKEN_TO_BE_REPLACED

Well. We have keys to our new Leamington abode. I don't think I'm underestimating when I say every single wall/surface/ceiling needs a coat of paint. And those that don't need painting need cleaning. So we've been getting on with that, with loads of help from my Mum, who is a painting goddess. Two rooms down, several to go.

The internet is being switched on on Tuesday, so the moving men are...
Emily
END_OF_DOCUMENT_TOKEN_TO_BE_REPLACED

We've had stalls at Christmas markets for a few years now. Product lines have come and gone; occasionally something gets dropped by the wayside for no particular reason other than we forget we used to do it, or another idea takes over and we find ourselves caught up in that instead.

In 2011 we made baby-sock bunny kits. A friend of our shop, Kirsten, was lucky enough to be bought one of those kits...
Emily
END_OF_DOCUMENT_TOKEN_TO_BE_REPLACED