Pride & Prejudice is probably one of my favourite books. I read it every couple of years. I can't tell you why I love it, I just do. Did I love it before the fabulous BBC mini series?  I like to think I did, but Darcy IS the young, svelte, Colin Firth in my head. Imagine my excitement when I found these! 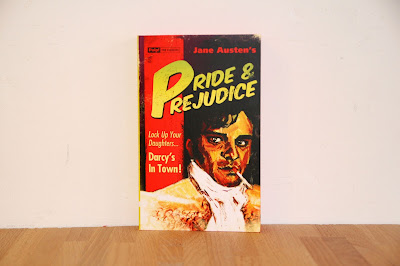 The range is called 'Pulp the Classics', and so far it only consists of Pride & Prejudice, but we have more to look forward to. In May we should be getting Robinson Crusoe, The Hound of The Baskervilles and The Great Gatsby (looks like Robert Redford on the cover though, not Leonardo DiCaprio), followed by Wuthering Heights, Tess of the D'Urbervilles and A Christmas Carol shortly after! 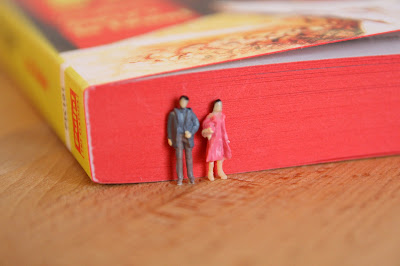 In other news, we had pancakes at Knit & Natter on Tuesday! 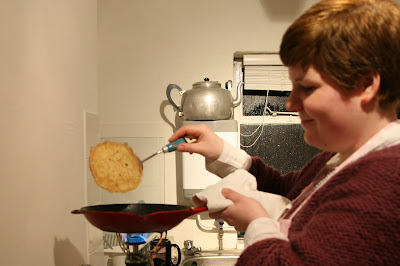 Amy was flipping like a trooper all night. The topping voted favourite by our knitters was Yee Kwan Peanut Butter ice cream and Nutella. Yum.