...and then they arrived!

I was on the door with Paul & Barney, dishing out goodie bags and tickets. I wanted to stop and chat to everyone, but that just held up the queue, so my apologies if I was a little abrupt with any of you! Eventually, the queue died down and I was able to wonder around and see what everyone was up to...

They were sewing and printing bags- 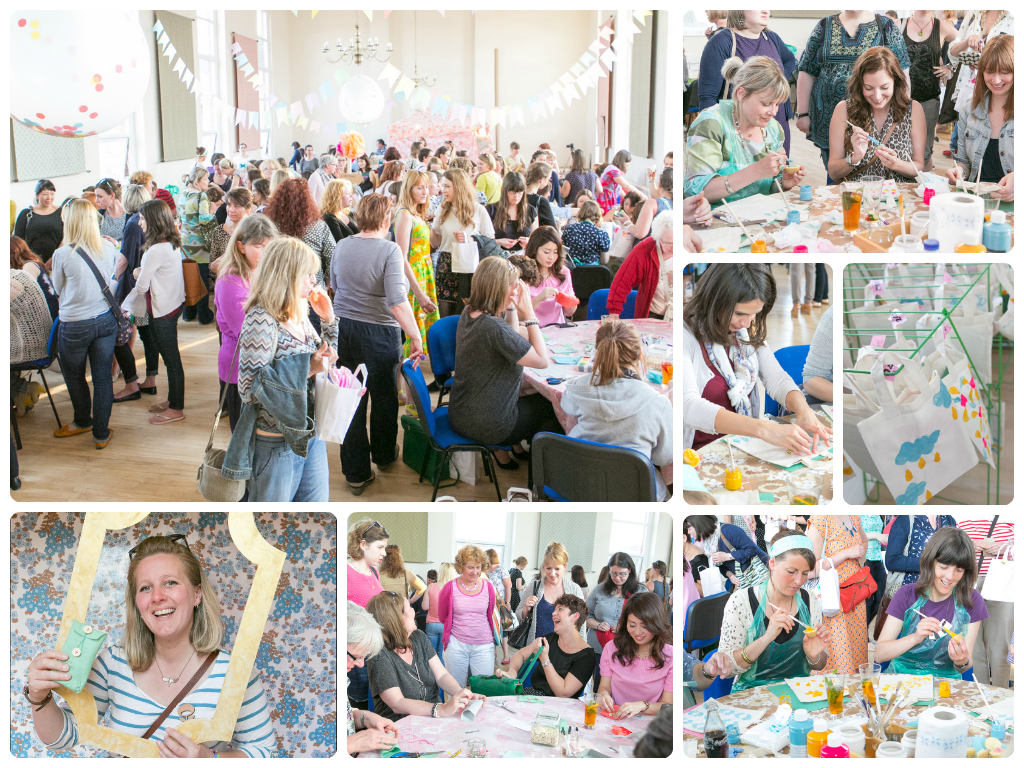 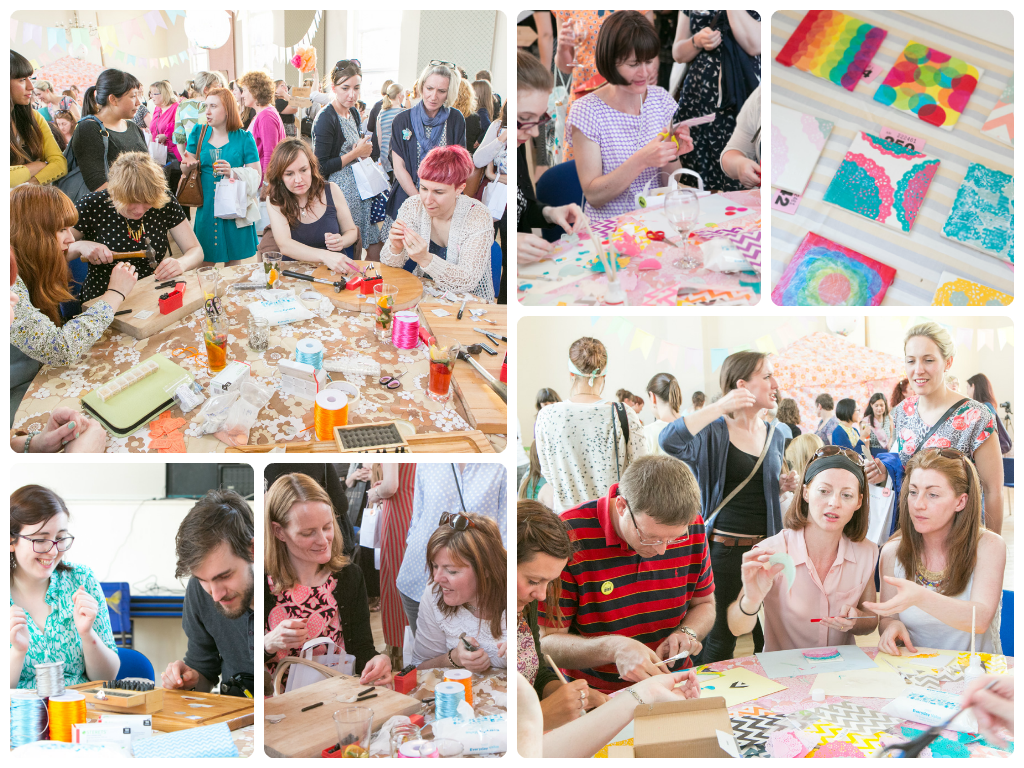 Posing in the photo booth- 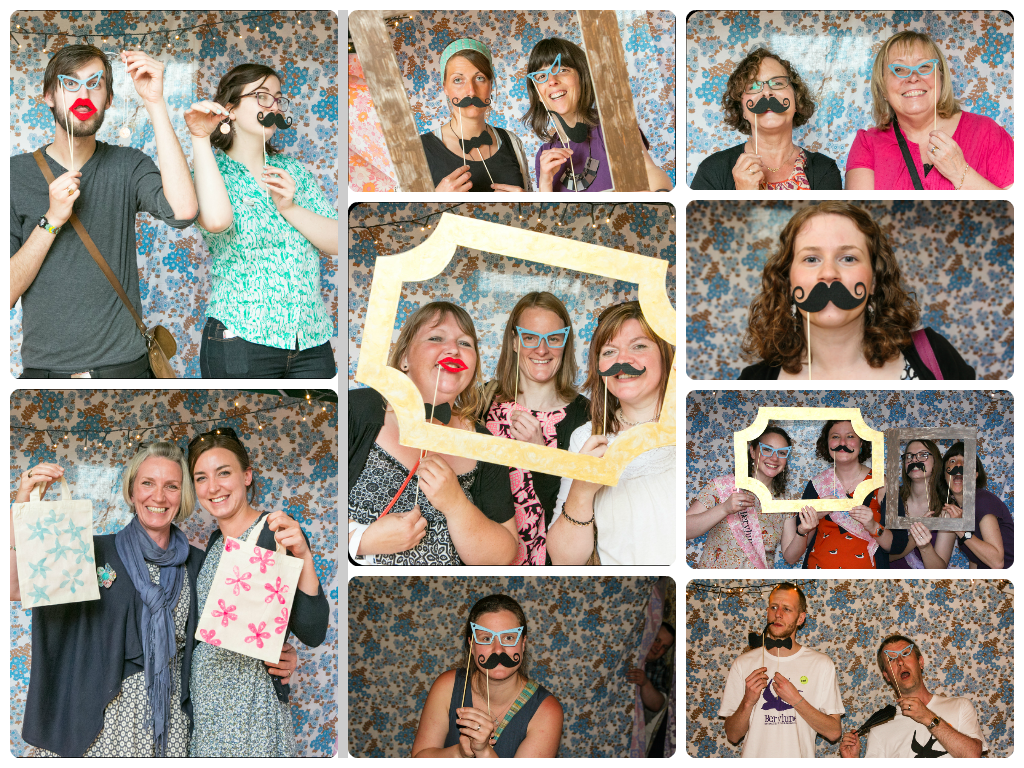 Chilling in the Craft Lounge- 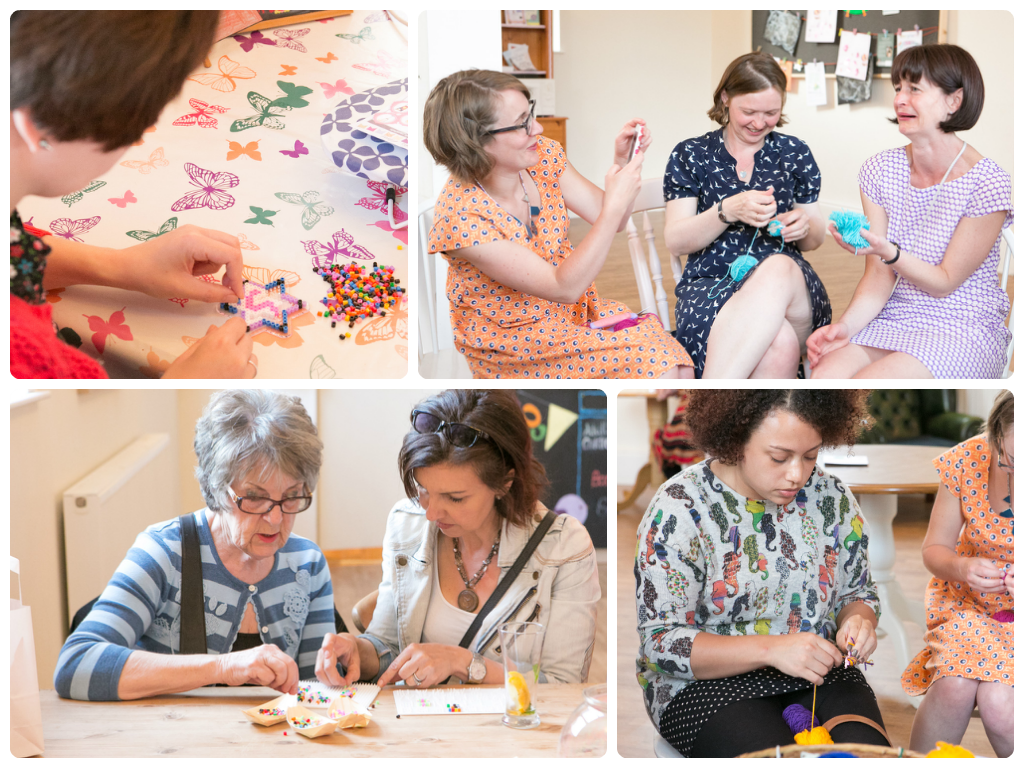 And generally having a ball! It was all a bit hectic at first. People were grouped around workshop tables, waiting for a spot so they could have a go. As they waited, they could watch and decide what they would print/draw/stamp, have a little chat with those around them, soak up the atmosphere.

We had a couple of competitions. Paul hosted 'Knit Off', sponsored by Wool Warehouse - the winner got a bag of goodies and the illustrious title of 'Knit Off Champion 2014'. For those of you wishing to take part next year, you have to cast on 5 stitches, knit 5 rows and cast off 5 stitches as quickly as you can. Paula did it in a super speedy 1 minute 27 seconds! So get practicing, let's give her a run for her money next year... 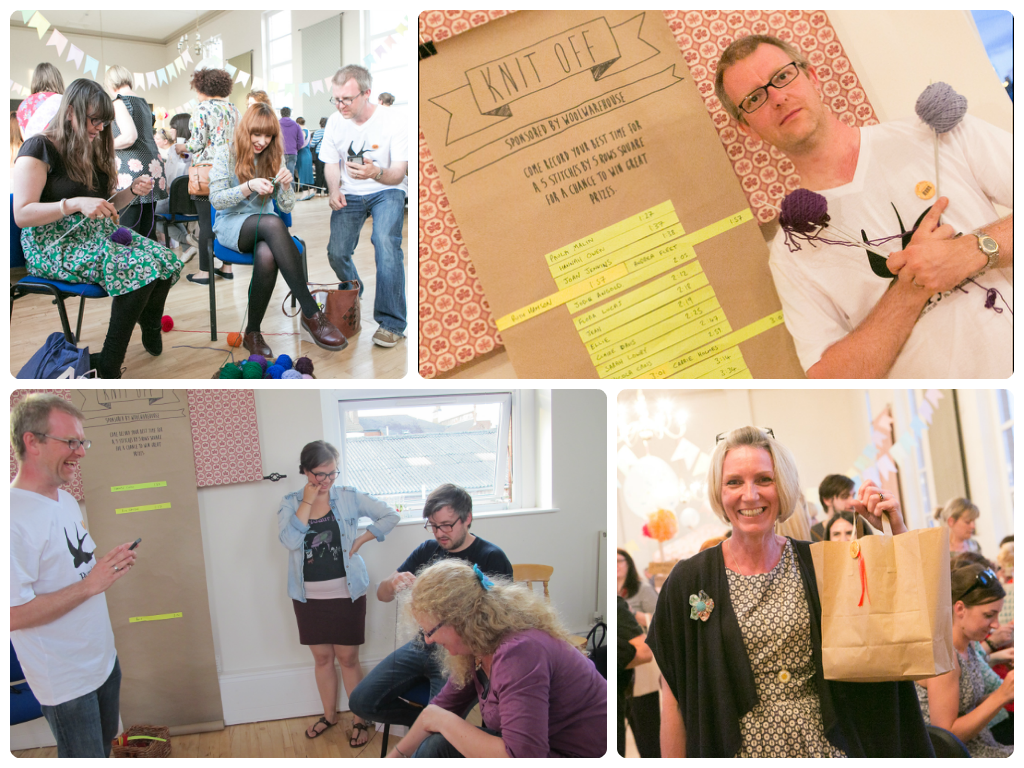 We also held an immensely popular 'Ready, Steady, Craft!', in which 10 contestants (picked randomly from willing victims), had 20 minutes and a box of mystery crafting materials from which to make something amazing! OK. So the crafting materials were mostly things we found lying around in the studio and didn't want anymore. There were scraps of paper, feathers, plastic animals, sequins, glue, tape etc. Mostly stuff no self-respecting primary school teacher would be without on a day to day basis. You can tell how impressed our contestants are with the quality of goods on offer by the looks of joy and wonder on their faces when they opened their boxes... 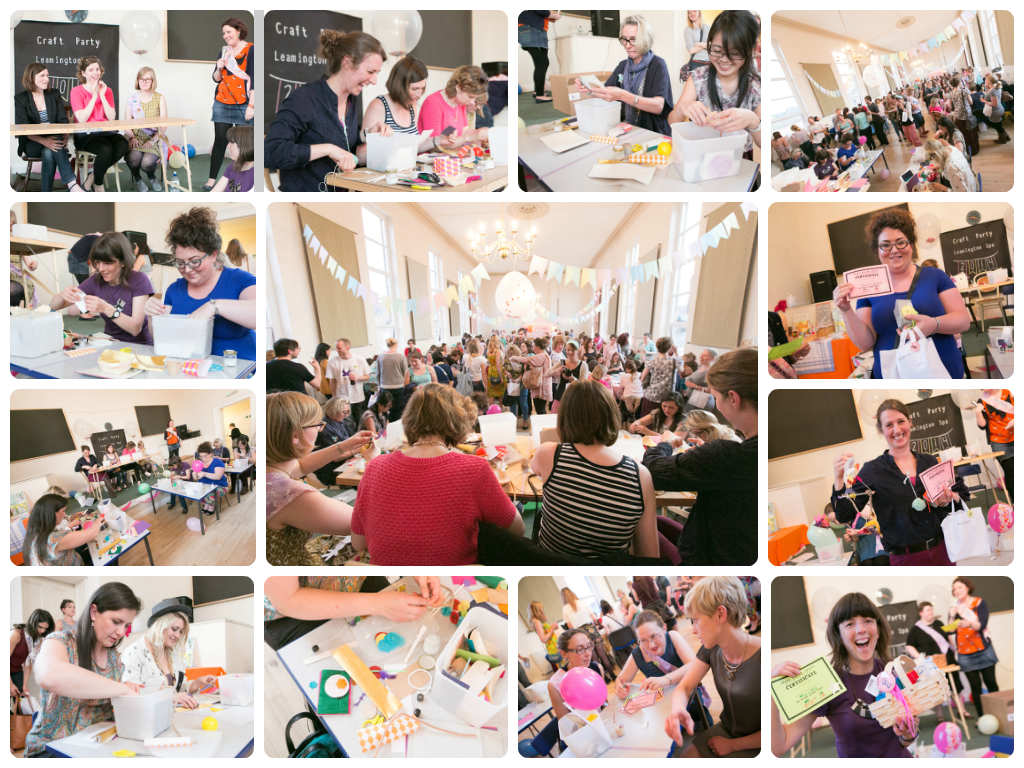 It was ridiculous fun! We rigged the competition and entered Zoë, as she was desperate to have a go. It was so entertaining planning it all and keeping the box contents a secret from her! However, Zoë didn't get to take home a prize, the winner was our lovely friend Sarah, a regular at knit & natter. Hopefully she'll come back next year to defend her title as 'Ready, Steady, Craft!' Champion in 2015!

I have been overwhelmed by the positive feedback we've received again this year. You've all been writing lovely blog posts, sending us photos, popping in to the shop to tell us how much you enjoyed it, flagging us down in The Clarendon and telling us you wish the party was still going (true story, you know who you are). We are all chuffed to pieces that you enjoyed it, and that you appreciate the hard work that goes in to planning and executing such a big event. Thank you for the 'amazing value for money' comments, we really did use your ticket money as wisely as we could!

I know we had a couple of grumbles on the night - 'We're not going to get round everything' comments from people we haven't met before, and perhaps won't meet again. Well, yes, I suppose we could have put just the three crafts on, but really, where is the fun in that?! We're just bursting at the seams with ideas we want to share with you all.

Yes, we would prefer there to be less queues too - rest assured, we have learnt a lot from this year about crowd control (we're basically just going to put Denise in charge and Charmaine is getting a clip board!), we know now that those of us who planned and organised everything can't actually be spared to manage a workshop. Which is fine, we have lots of lovely volunteers who want to be more involved. We have learnt that some crafts are just a bit slow to feature as a workshop and others should just be laid out a little differently.

People are asking already when the next one is. Sorry, this malarkey is far too tiring to do more than once a year! However, we're planning to run some more mini-workshops at the shop, which will be less of a teaching environment and have more of a 'come and play with us' feel to them, so watch this space for those!

I'll do another post soon about the Myton Hospices charity raffle we held - we had some amazing donations from our suppliers and local businesses, so I want to offer them a proper thank you. We raised £400!

To all of our teachers and volunteers, thank you so much! We appreciate all of your help and hard work. You all deserve a pat on the back.