I had a mosey down to one of our local supermarkets this afternoon - not the new one with the funky vegetable vapor cooler thingy, the old one around the corner - when I happened upon a new crafty magazine! Imaginatively, it's called 'Crafty'.

I quite liked the cover, because the freebie - this month it's a fat quarter of calico - is packaged in a button and string envelope. Amy & I have made these before, they're great for giving a flat present, like tickets or a gift voucher. 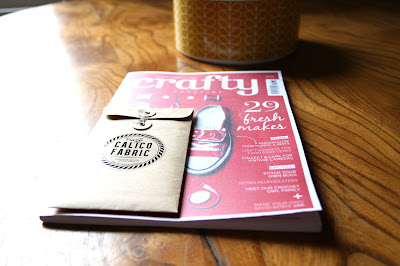 As I was flicking through, one of the first pages that caught my eye was part of a four page spread on Mel, whose colouring-in books and paper dolls you might have seen in the shop - also available in the webshop if you're not local. You get a small David Bowie paper doll sample in the magazine and there is a nice interview with Mel. 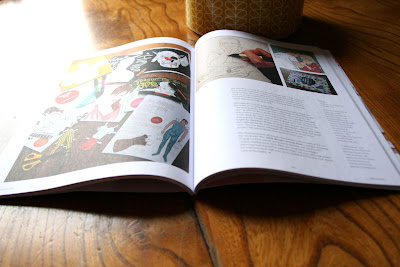 I purchased the magazine, so I could read it properly at home. It's nicely laid out, it's not too girly and pretty. There is an article on collecting and caring for vintage cameras, one on customising your converse and one that really annoyed me, entitled 'Totes Amaze'. Bleugh. I suppose it's a play on words as it's a tote bag tutorial, but really. 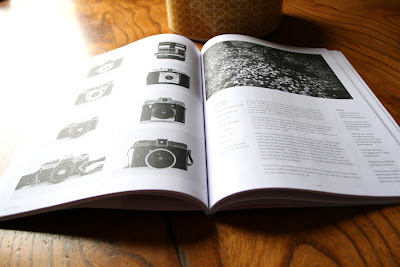 I haven't decided if I like it or not yet - if I had to sum it up briefly, I'd say it's 'Molly Makes' for hipsters. The hipster in me really liked the article on covering your chairs in retro tea towels; I had thought about doing this, but seeing the finished article has encouraged me to maybe give it a try. 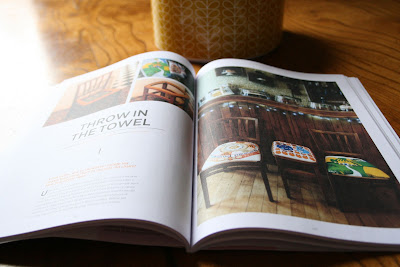 I can see what they're trying to achieve - it's by a different publisher to 'Molly Makes' and 'The Simple Things', and judging by the other magazines they produce, this is their first foray in to the new lifestyle/craft wave we are lucky enough to be enjoying. It's styled more like the amazing, beautiful 'Frankie' magazine, but hasn't quite got Frankie's interesting substance. Yet?

I'll buy the next one, to see where they go with it - it sure is pretty, I like the illustrations, and it's more tactile than Pinterest.

It's Sunday night. Reckon I'll eat some chocolate ice cream and watch The Notebook. And it's not for the gripping storyline.