New vintage in stock this week: 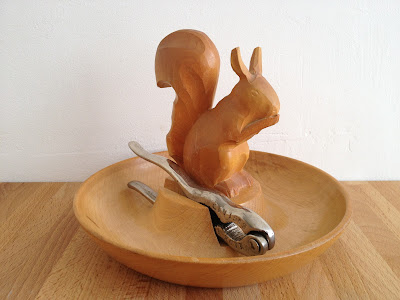 This little fella will look after your nuts for you. 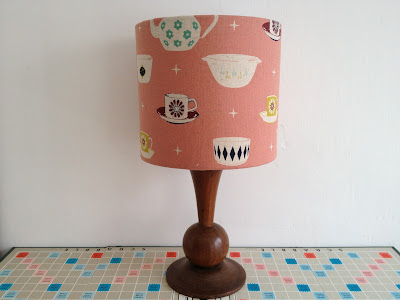 Vintage oak lamp base
We do have new vintage stock in all the time, I just forget to photograph it... Like Donkeys.

A couple of years ago, I won a box of bits and pieces from an auction that included the most fantastic ceramic Donkey with a pot on the back for condiments. It wasn't why I bought the box, inside there were some other things I wanted. I decided the Donkey was cool.

Mum and I were taking care of Amy's unit in an antiques centre at the time, as she was travelling around New Zealand. Amy's unit was opposite mine and sold kitchenalia and pretty retro things. The Donkey didn't really fit with the stuff in my unit, so I labelled it and put it in Amy's. Mum didn't really think much to the Donkey, and pointed out that Amy would hate it. I disagreed, the Donkey stayed.

It turns out Amy agreed with Mum. The Donkey was something of a standing joke; we would hide it in each others' units, 'Where's Wally' style. Eventually, I was unable to find the Donkey and completely forgot about it.

That Christmas, the preposterous greed-fest of gift giving was just coming to an end when I was handed my last present from under the tree, labelled from Mum & Amy. I opened it to find an Orla Kiely box, with another wrapped present inside. I opened that one; it was another Orla Kiely box. Within that one was another wrapped present. Can you guess what the scamps had wrapped up and given me for Christmas? You got it, the Donkey.

I've kept the Donkey ever since, I still think it's great.

Here it is, pride of place in my living room: 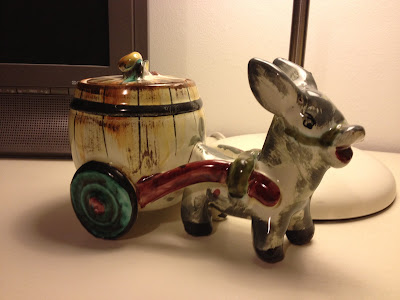 You would think the story might end there, but no. And no, I wasn't so childish as to wrap the Donkey up again, or hide it at Amy's flat, though the thought had crossed my mind.

Recently, I purchased another Donkey, similar to the one above. I had to hide it from Amy when I was buying it, but that's not unusual. I labelled it up and put it on display in the shop. Within 5 minutes, the Donkey was smashed. Yes. SMASHED. Amy claims it was an accident, a milk bottle 'slipped' from her fingers.

Although I'm pretty certain it was an accident, there was a shocking lack of remorse.

Fear not, I shall find another Donkey.