We have been taking our C-word deliveries in this week. The realisation that we have nowhere to put everything came after delivery one arrived (3 boxes of brightly coloured satchels). By parcel three (some very exciting cushions, but more on those later), flat panic had ensued. 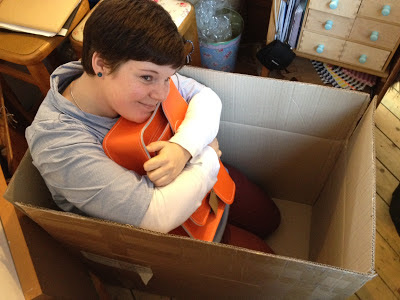 No Amy, you can't stay in there. 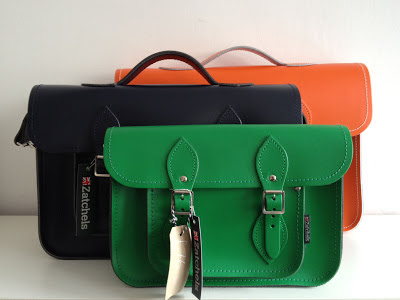 Ooh.
Add to that a flaky wall, a lack of storage and a general disliking of the back room, Amy & I were spurred in to action. Nicky-flat-pack was put to work on some new units and Matt, the knitting carpenter flat mate, was roped in to some late night pizza eating and shelf erection.
We scraped and painted the wall. It's now 'rustic', but at least it's not flaky any more. We have prepared some new crates to go up - that'll be another night though. By 10pm, we had all had enough. jumbo bags gags had stopped causing giggles, so we went home. 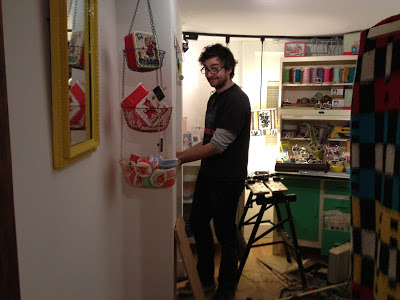 I don't believe Matthew was swearing at this point. 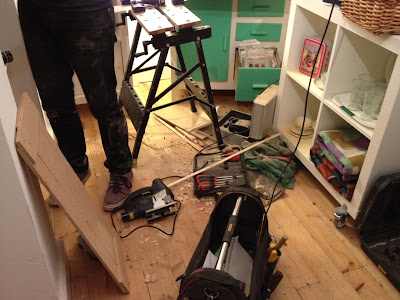