After a brief blogging respite, due to thousands of teeny tiny envelopes that needed to be made for Valentines Day, my 80's Movie Alphabet is back.

If I've missed something of note, do let me know.

In the mean time, we'll swiftly move along tto K.

Mr Miyagi is a Japanese handyman who helps Daniel Son to learn the meaning of life through karate and waxing cars. 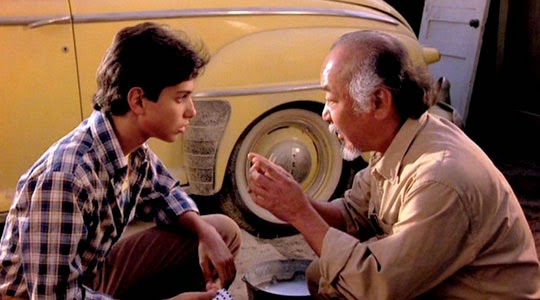 Daniel has just moved to a new city and a new school. He likes the look of a young cheerleader (Elisabeth Shue) and get's a good hiding from some bullies from the local Cobra Kai dojo. Cobra Kai is run by a nasty Sensei who bullies his students - he's the real baddy. Mr Miyagi takes Daniel-san under his wing, promising to teach him Karate, but really getting him to wax his car and paint his decking. We later learn that this was part of the Karate training, helping Daniel-san strengthen his muscles for blocking attacks. 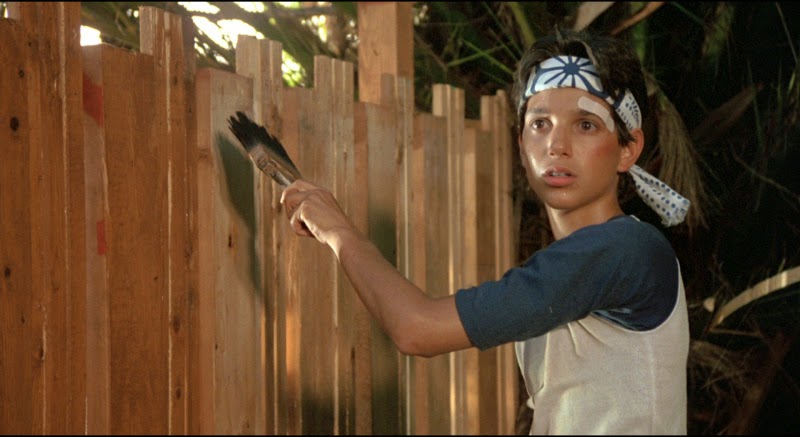 This being an 80's Movie, Daniel truimphs over the bullies at a Karate competition, despite their best efforts to injur him with illegal moves. Daniel gets the girk and wins the competition (following a Rocky-style fight montage to 'Your're the Best'), with a rare Crane move, that I witnessed repeatedly in the playground at school after the film's TV premiere! 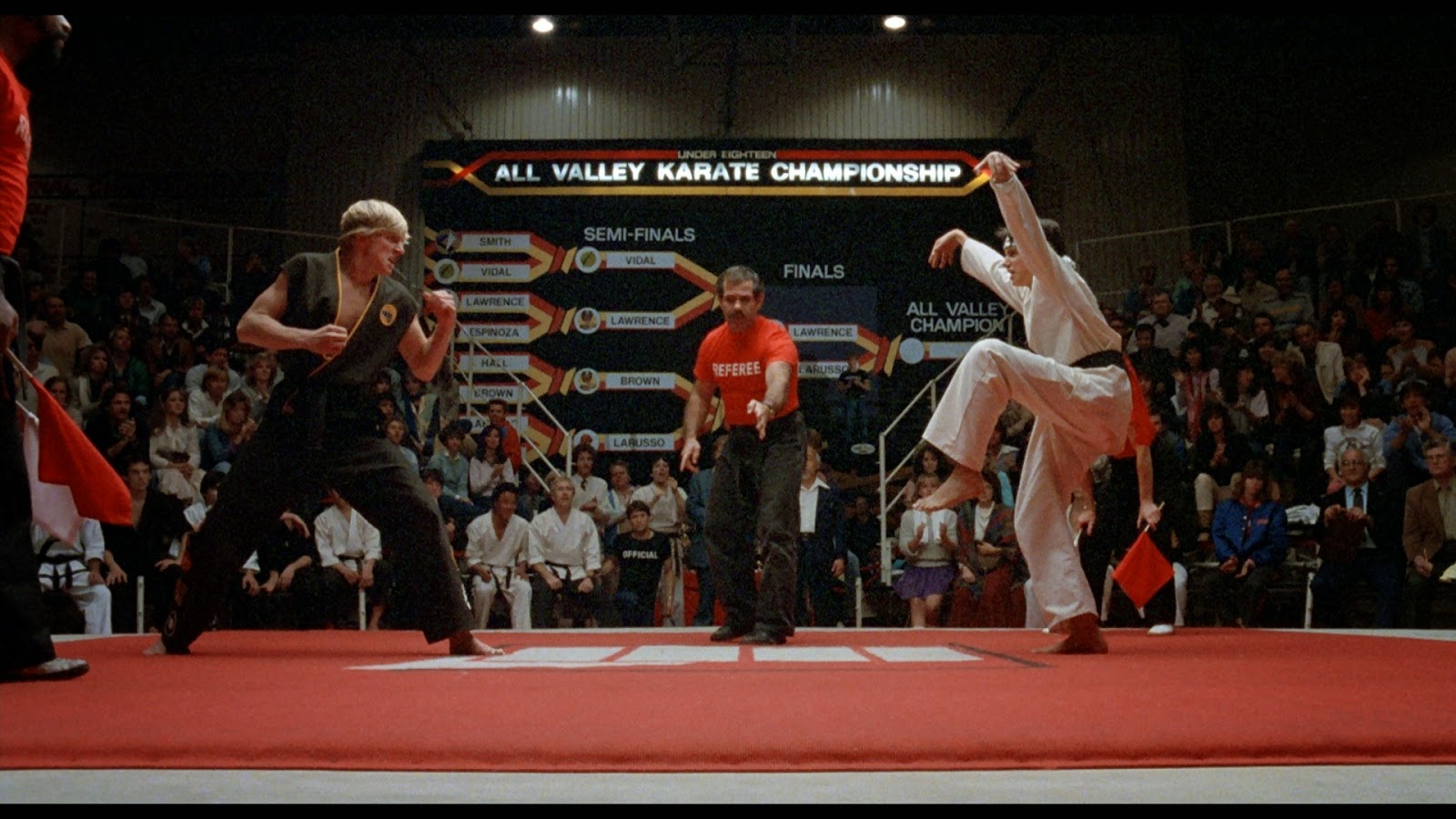 My favourite scene is actually from The Karate Kid Part 2, which was also in the 80's, so we're all good. After the competition, we witness Cobra Kai's Sensei being particularly unpleasant to his students, who only ranked second in the competition. Mr Miyagi intervenes, causing the bully to attack him instead. He dodges a couple of punches, resulting in smashed car windows. Mr Miyagi threatens a 'No Mercy' death blow, but instead pinches Sensei's nose and makes a honking noise, humiliating him completely. 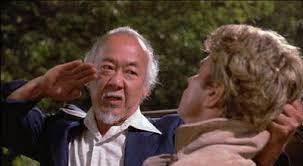